Music is fundamental to healthy human growth through intellectual, emotional, physical, and social development.  Music provides a way for students to think, feel, and understand an ever complex and changing world around them by providing unique ways for problem solving, inquiry, communication, self expression, and understanding different perspectives.  Music is distinct in the way that it develops all seven types of intelligence. Music makes us whole. 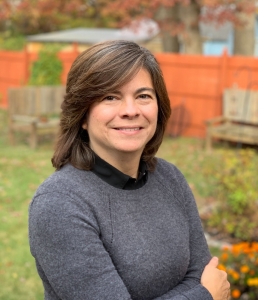 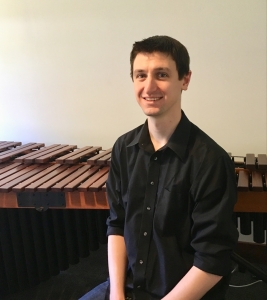 Leta Sena-Lopez has been the Director of Bands at Kahler Middle School in Dyer, Indiana since 1995.  She attended Indiana State University on the George M. Graesch Wind Scholarship, and received her B.S. in Music Education.  She went on to study conducting with Dr. John Boyd, and completed her M.M. in Wind Conducting at ISU.  Over her years of study at the university, Leta played the bass clarinet and studied saxophone with Janet Lulloff, Harry Gee, and Paul Bro.   She is a former member and featured soloist with Windiana Concert Band of Northwest Indiana and toured with the group to China in 2006.

As a guest conductor and clinician, she has worked with Indiana All-Region and All-District Honor Bands as well as various festivals in Illinois and abroad.    She has served as middle/junior district representative for the Indiana Band Master’s Association and her ensembles have been recognized for their outstanding achievements in music performance by the Indiana State School Music Association.  Over the years she has mentored many student teachers attending universities in Indiana and in the Chicagoland area as well as beginning teachers and colleagues.  In 2007, Leta was selected as Outstanding Minority Educator of the year by the Indiana State Teachers Association.   She has been recognized by her school administration for numerous musical achievements, a finalist as teacher of the year, and was selected as the first recipient of Influential Women of the Year in the Arts, by the Northwest Indiana Influential Women’s Association.  Her educational work during the pandemic was featured in In Tune Magazine, and she has been a podcast guest and clinician with MusicFirst Online Classroom.

As a performer, Mr. Speranza has been a member of the Civic Orchestra of Chicago and plays with many regional orchestras in the Chicago area. He has been a finalist in the Northwestern University University Concerto Competition, Semi-Finalist in the Southern California Marimba Competition, and the winner of the DePauw University Concerto Competition. Mr. Speranza has made international tours to Brazil and China and was a member of the Blue Stars Drum and Bugle Corps. Mr. Speranza’s works for Percussion Ensemble are published by Tapspace Publications, and he is a frequently sought after arranger for marching band and indoor percussion.